Team Lovetts raises over £2,000 for Cancer Research in the Race for Life 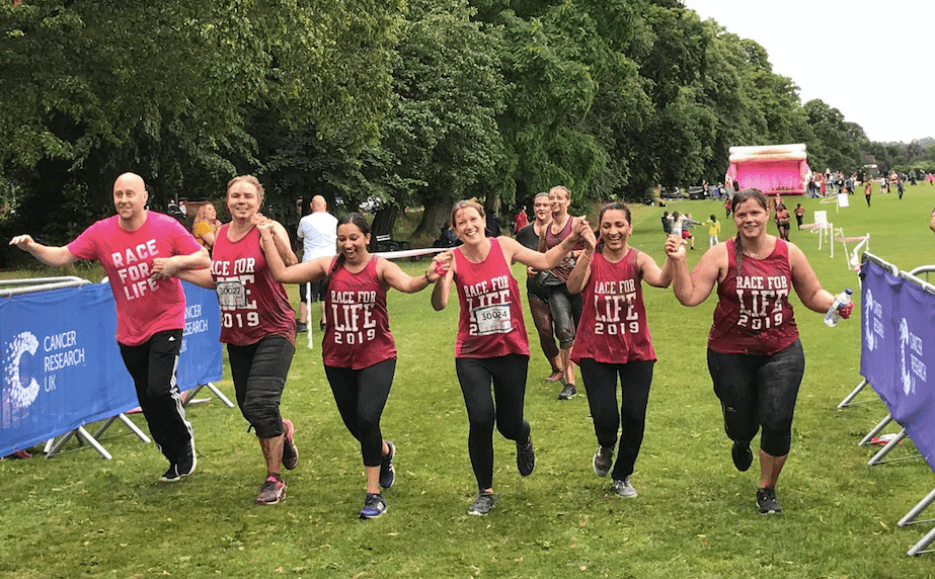 On Saturday, representatives from Lovetts Solicitors took part in the Guildford ‘Pretty Muddy’ 5K Cancer Research Race for Life. The team smashed it’s initial £2,000 target and the entire company would like to extend a huge thank-you to all those who took part and all those who sponsored.

It was a rainy start to the Saturday morning that saw the Guildford leg of the Cancer Research Race for Life take place, but that didn’t dampen spirits as a huge crowd gathered in Stoke Park to take part in the proceedings. There were obstacles aplenty across the 5K run, and all members of Team Lovetts – commonly referred to as the ‘Lovetts Pink Ladies’ – completed the course (although as you can see from the pictures it’s fair to say that some got more muddy than others!)

The team has been raising money since the start of the year for the event, and it’s a cause close to many of the participants’ hearts. There’ve been bake sales, photoshoots, and a whole host of online fundraising activities, and it was a delight to see the overall £2,000 target not only hit but also surpassed.

Jamie Gavin, Marketing Manager for Lovetts, who helped organise the company’s participation in the event, said: “This has been a fantastic experience from start to finish. From deciding to run the event, to the fundraising efforts, right through to the energy and enthusiasm shown on the day, we have worked as a team and run as a team to raise as much as we can for Cancer Research. And a huge thank-you also to all those who sponsored!”