Opposing plans to weaken passenger rights and slash flight compensation – Lovetts signatory to Which? letter to the Government 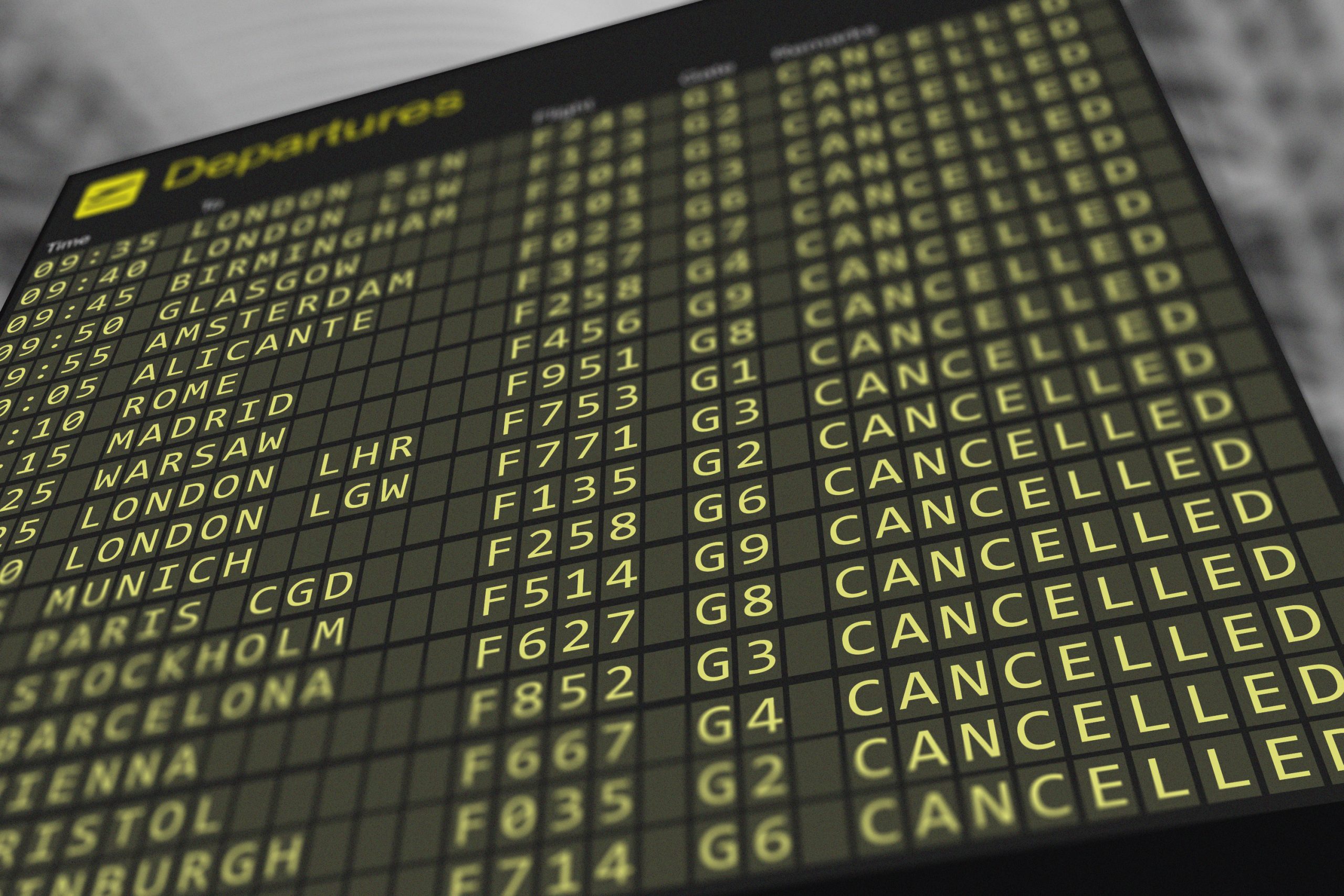 It is of deep concern that the Government is bowing to pressure from airlines to weaken passenger rights, amid some of the worst disruption seen at airports across the UK in years.

In recent weeks hundreds of flights have been cancelled and thousands of travellers have been affected by chaotic conditions as airlines and airports have struggled with staff shortages.

Under current legislation, passengers are able to claim between £220 – £520 in compensation for these delays and cancellations, going some way towards covering the additional costs incurred by passengers and reflecting the inconvenience caused. However, the Government are currently proposing to slash this to an average of £16 – £65. The upsetting scenes at UK airports have shown why passenger rights must be strengthened not weakened.

In an impact assessment, the government admitted the plan came after lobbying from low-cost airlines, which claimed compensation fees amount to up to three per cent of their annual turnover. However, there was no evidence produced to back up these claims. The impact assessment calculates total compensation amounting to £10.6 million of compensation paid out of a possible £16.3 million each year. An example would be to compare this to the turnover of easyJet up to 30th September 2019 which was £6.3 billion. Even if easyJet were liable for all compensation (which it wouldn’t be) and paid 100% of £16.3 million to passengers, it would only amount to less than 0.3% of turnover.

Prior to sending the letter, Which? challenged seven airlines to a right of reply – BA, EasyJet, Jet2, Ryanair, TUI, Virgin Atlantic and Wizz Air – asking them to provide information about flights potentially affected by compensation and the amounts they have paid out in recent years. However, none would reveal how much they pay out to passengers, with some citing commercial sensitivity.

Despite the lack of evidence, the Government proposes to save airlines at least £4.7 million a year to the detriment of passengers under these proposals.

In order to protect consumers, Which? wrote to Transport Secretary Grant Shapps with Lovetts Solicitors and other travel industry leaders as signatories. The letter urges him to abandon the proposed reforms. A copy of the full letter and signatories is detailed below:

We write as consumer groups and businesses looking to work with your Department and regulators to build the travel industry back better post-pandemic; and enhance consumer protections at a time when budgets are tighter and many are planning to travel for the first time since the pandemic began.

We recognise the immense task you face working with regulators and industry to get the travel industry back on its feet. However, if the sector is to fully recover, the serious limitations and inconsistencies of the current regulatory and enforcement framework need to be addressed as part of your department’s long-term vision, helping rebuild consumer and business confidence. In order to create a well functioning and competitive market, it is essential that travellers can book with confidence, are protected when things go wrong, and have high levels of trust in the regulators and businesses that serve them.

We therefore warmly welcome the fact that your department has consulted on how consumer protections can be improved, including increasing the powers of the Civil Aviation Authority (CAA) and mandating alternative dispute resolution (ADR) in the aviation sector. We agree these reforms are needed and vital for building consumer protection and trust.

However we are of the view that other proposed reforms do not demonstrate a complete understanding of how the sector works and what consumers need. The DfT proposals on compensation, as also set out in the Aviation Consumer Policy Reform consultation, would in our view be a retrograde step. We are concerned that overall the proposals will leave most consumers whose flights are delayed worse off compared to the current compensation regime; and crucially, they will significantly weaken the financial deterrent which is currently a key aspect of the legislation to prevent airlines from delaying, cancelling or overbooking flights for commercial reasons.

We believe that it is imperative that consumers are offered the right protection that firstly ensures any disruption, inconveniences or losses they experience are minimised, and secondly, ensures that they are appropriately compensated when these do occur. The hollowing out or abandoning of the safeguards contained within the EC261 compensation regime would be a retrograde step, one that will lead to a further degradation in trust in airlines and hamper the recovery of the wider travel industry. We therefore urge you to urgently re-think these plans to change compensation rules under EC261, as presented in the consultation.

For businesses and consumers, it is vital to have a clear strategy from the Government that takes into account the views of businesses and consumer groups operating in the sector. We urge you and your department to work closely with other departments such as BEIS and regulators like the CAA and CMA, to design a joined-up strategy; ensuring any future reforms of consumer rights in travel, including potential review of the Package Travel Regulations, create a coherent and comprehensible set of protections for consumers.

We look forward to working with you to rebuild the travel industry and consumer confidence in it, and are determined to support the delivery of this. By working together we are confident that we can create a travel market that works for both businesses and consumers.

We look forward to hearing your response.

“As we have seen recently, cancellations and significant flight delays cause considerable distress to passengers and results in them often losing time on holiday and creating memories with their families. £16 would not sufficiently compensate them for that distress.

If compensation is reduced, airlines will be able return to the days of making commercial decisions to delay and cancel flights that aren’t full to capacity to maximise sales and profits to the detriment of consumers. This would damage the UK’s reputation with passengers across the world.

Airlines are not significantly impacted by the current flight compensation regulations. If all claims were paid out, which they are not, it would only equate to the equivalent of 85p per flight ticket.

Lovetts Solicitors are proud to be a signatory to the letter Which? sent to the Government and we will do everything we can to protect consumer rights in respect of flight compensation.”

In light of the above, Which? and Lovetts Solicitors will continue to campaign on behalf of consumers to ensure that their rights are protected in respect of flight compensation.

Lovetts Solicitors are a specialist debt recovery law firm based in Guildford, Surrey that has been operating since 1994. It is one of the leading law firms in the field of flight compensation claims. If further comment is required, please contact Michael Higgins, Managing Director of Lovetts Solicitors by calling 01483 457500 or emailing [email protected]

A full list of signatories to the letter were:

On the Beach Group plc