Managing Director Michael Higgins nominated for Businessperson of the Year 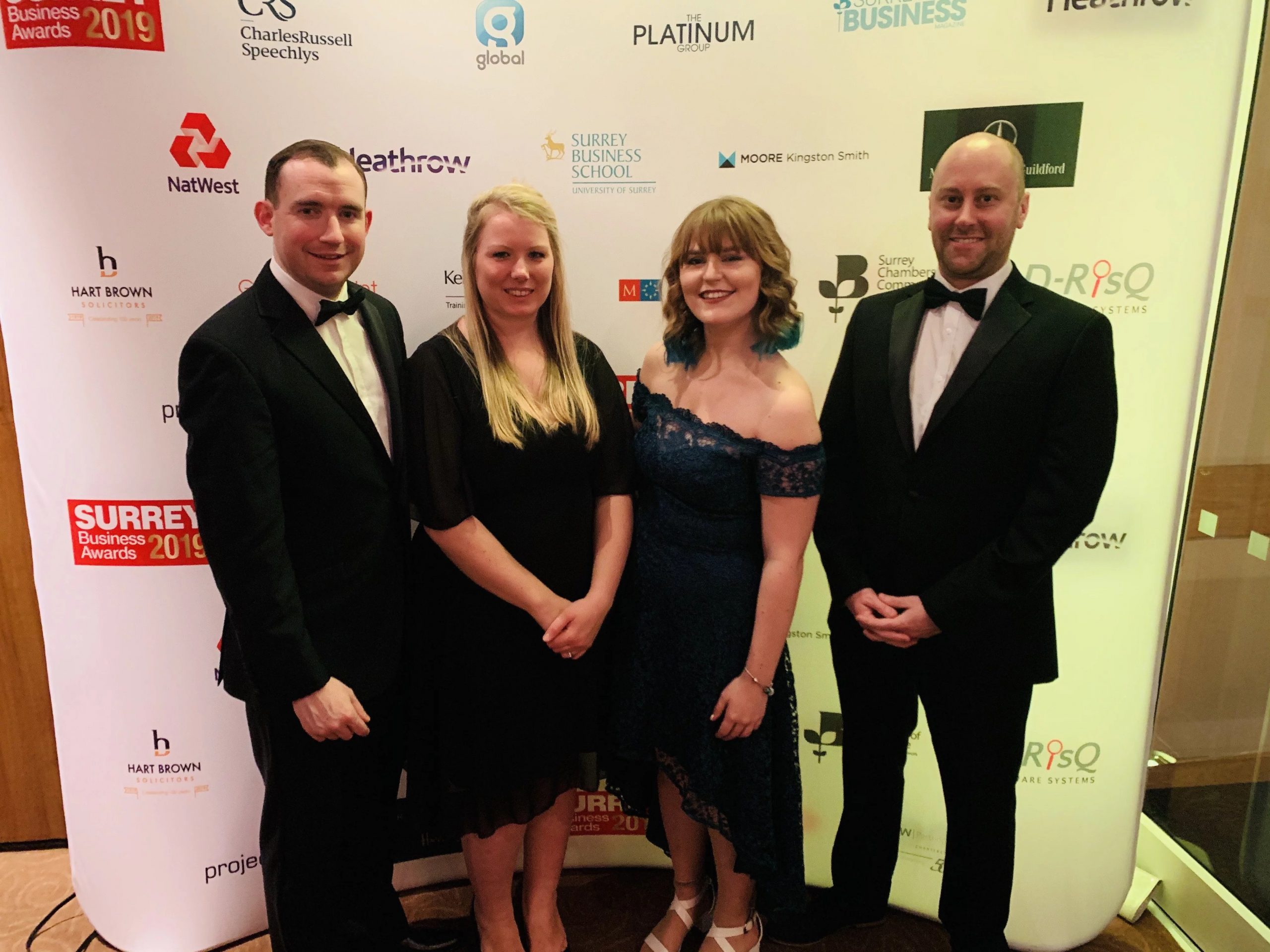 Michael Higgins, Managing Director for Lovetts, has been nominated in the category of Business Person of the Year at the 2019 Surrey Business Awards. The packed-out event took place at Epsom Downs Racecourse last week, and was one of the most highly attended ceremonies in the programme’s history.

A team from Lovetts, including Michael, attended the event, which this year saw 14 categories and 56 nominees recognised for their contribution to business across the county and around the world. The overall Businessperson of the Year prize was awarded to Giles Thomas, Operations Director for The Manor Collection, a small group of individually styled hotels based across the South East of England.

“It’s a great honour to have been acknowledged amongst such a strong awards programme in the Surrey Business Awards,” said Michael Higgins, Managing Director for Lovetts. “While it’s an individual award, it is representative of a wider team effort, which has seen the firm go from strength to strength in recent years. I’m tremendously grateful to the entire Lovetts Team and congratulations to the overall winner – it was a great event to be part of.”

Amongst the other winners were Glucorx, a Guildford-based business that produces diabetic products and glucose testing solutions for type 1 & type 2 diabetes. The company received both the Large Business of the Year and the Company of the Year awards.

Additionally, it was hugely rewarding to see a number of Lovetts clients recognised for their work in the area, and local mental health charity, Oakleaf Enterprise, received the award for Charity of the Year.

To view more images from the event click here.