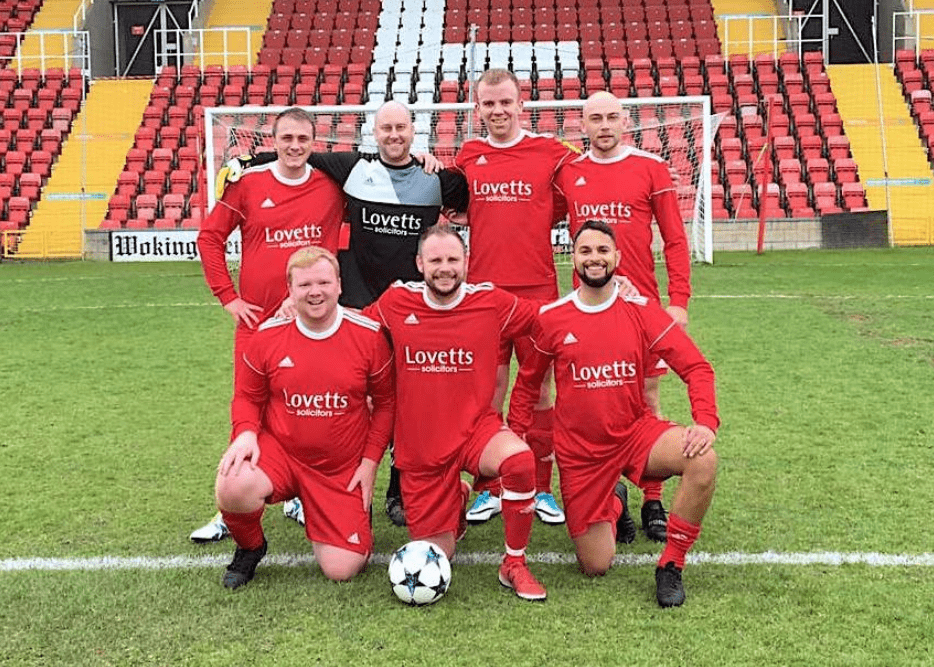 Last week Lovetts fielded a team in the Cardinal Gold Cup, which was held at the Laithwaite Community Stadium, the club’s official ground. The 5-aside football festival was extremely well attended, and the entry fees provided by each team will be put towards next season’s playing budget.

It’s the first time that the Lovetts Lions have played together as a team, and it was great to see them start their club history with a 3 – 0 victory on the hallowed Woking turf! Unfortunately the results didn’t quite go our way after that and we were unable to take home the trophy, but it was a fantastic event to be involved in and one that produced a great community environment on the day.

As a ground and media sponsor with Woking FC, Lovetts attended a number of events at the stadium last season. In addition to corporate and consumer engagement, the club plays a strong role in the local community, having formally launched its Woking Football in the Community project in 2004 with the goal of providing ‘individuals through sport the opportunity to participate in educational, health and fun based sport activities regardless of age, gender, ethnicity and ability.’

The athletic branch of the company will next turn its attention to the Cancer Research Race for Life, when the Lovetts ‘Pink Ladies’ team competes in local race, the Guildford ‘Pretty Muddy’ 5k. You can find out more about that event here, and in the meantime a huge congratulations to Woking, who were promoted to the National League earlier this month!